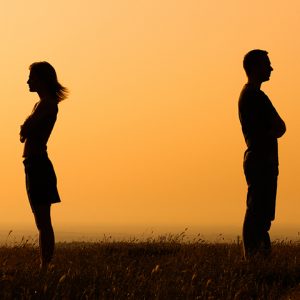 Property division in Washington, DC divorce cases, involves the division of all jointly owned property acquired during or a marriage, or acquired prior to a marriage but using in such a way (comingled) that it is deemed to have transformed into marital. In the District of Columbia, the family court uses what is known as an equitable distribution scheme when dividing property. This is somewhat different from what is known as a community property scheme used in some other states.

What is an equitable distribution of property in DC?

Equitable property is designed to provide a fair result in light of the situation, but that does not mean an equal distribution of property. For example, a judge may decide that one spouse gets more property than the other, and this is still equitable even though it is not equal. Judges will typically look at how the property was used. If a car was used exclusively by one spouse, and that spouse can carry the payment assuming there is still money owed, he or she will likely get the car following the dissolution of property. As will be discussed below, it generally does not matter whose name the property is titled in. This means that even if the car in titled in the name of the spouse who does not drive it, it does mean that he or she will automatically get the car. On the other hand it should be noted that the party ultimately getting the car must be able to qualify for a loan in his or her own name or get another cosigner as this sometimes happens.

Does it matter whose name the property is in?

One of the common questions asked of experienced Washington, DC divorce lawyers is does it matter whose name the property is in at the time of the marriage? It should be noted that we are talking about property that can be titled such a house or a car. In the District of Columbia, it generally does not matter in whose name the property was titled. For example, if the spouses goes to buy a new or used car and gets it titled solely in the name of one spouse who has a better credit score, it does not mean that he or she will get the car upon a divorce. The court will typically look at the overall equity of the situation and make a determination as to what would be the fairest.

However, it should be noted that the best thing the parties can do is to work together to create a property settlement agreement or “PSA” as it is often called by Washington, DC divorce attorneys. If the parties can agree to how their marital property should be divided, the judge will always use the agreement as opposed to holding a hearing and listening to evidence. An agreement saves time for the court, saves the parties money, and is in everyone’s best interest.

That being said, if the other party is ultimately unwilling to be reasonable, you want to make sure your attorney is willing to fight for the results you desire.