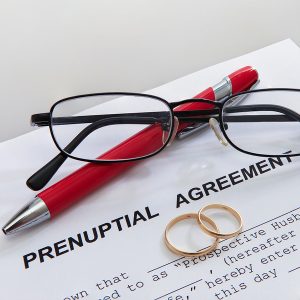 While this may sound strange coming from a law firm that drafts prenuptial agreements, the reality is that most people who think they need a prenuptial agreement in Washington, DC or Maryland, do not really need one and should not bother paying for one. The reason we are telling you this is that we believe in being honest with all of our prospective clients as we are not out to make a quick buck.

The reason many people do not really need a prenuptial agreement, is because they are not designed to protect people who have modest assets, but hope that one day they will become wealthy. The reason for this is because a prenuptial agreement is a contract and requires what legal scholars refer to as a bargained for exchange. While this might bring back unhappy memories for the many lawyers in the Washington, DC area as it reminds them of first year contracts, in this case, it is an important concept. Basically, in order to have a valid contract, the parties must have full disclosure of a person’s assets and must get something in exchange for entering into the agreement.

In reality, what happens is that if a party who is already wealthy, wants his or her future spouse to enter into a prenuptial agreement, he or she must first fully disclose all of his or her assets. Many people will ask if they have to tell their future spouse about all of their assets of if they can keep some things secret. If you want your future husband or wife to enter into a prenuptial agreement, it must be done in a knowing and intelligent manner, and that means there must first be a full disclosure of assets.

With respect to not being contrary to public policy, the law does not favor leaving the divorcee of a wealthy person in need of public assistance. As judges  for many years have said favoring the seemingly ancient phrase, we do not want to leave someone “on the dole” following a divorce.”

This means that there must be something of value the spouse being asked to sign the agreement will get upon a divorce. While he or she might get half of a $10 million estate, there may be a lesser payment, but still a significant amount of money.

If you need assistance with a prenuptial agreement in Maryland or Washington, DC, please feel free to contact the Gross Law Firm, LLC.